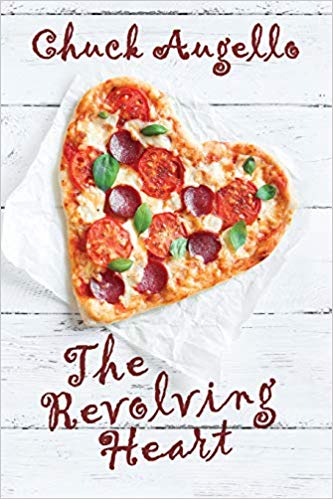 Click on the link below to purhase the book

"Captures the spirt of the Jersey Shore...filled with wry observations and the unexpected smart and funny things people say."

-Marcy Dermansky, author of The Red Car and Bad Marie.

On a beautiful summer morning at the Jersey Shore, 4-year-old Sarah Carpenter wanders toward the ocean and never returns. The police think she drowned, but her babysitter Amy claims Sarah was abducted. The only other witness, 17-year-old Donnie Marcino, didn't see a thing. A narcoleptic since birth, he was fast asleep.

Twenty years later Sarah's disappearance still haunts Donnie, as does his lingering bond with Amy. When she calls from the hospital after a failed suicide attempt, Donnie returns to his hometown, but how can he help Amy, and help himself, without changing the past?

In The Revolving Heart, love and redemption collide as the adult Donnie struggles to atone for his youthful mistakes.

A Best Books of 2020 Selection by Kirkus Reviews

Check out these recommendations courtesy of Shepherd.